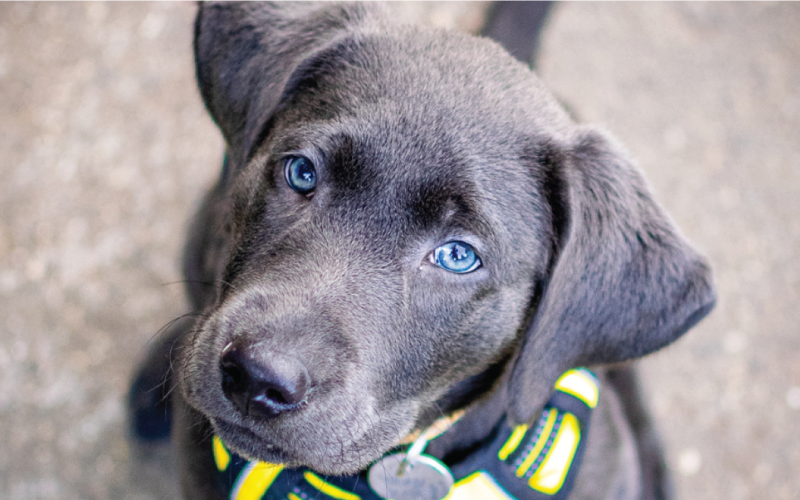 There aren’t many cardiac surgeries that make a problem go away forever. But that’s exactly what the cardiac ablation surgery does for humans as well as dogs like Lucky, an aptly named Labrador Retriever.

“A lot of pet owners have these puppies, and they’re just the best in the universe. They’re quiet. They don’t get into things. But they can also have low appetite. Well, that’s not a normal Labrador puppy. That’s because they’re sick.”

Lucky was born a happy but unnaturally quiet and mellow puppy in the Portland, Oregon area. His family thought he was surprisingly well-behaved for such a typically high-energy, large-breed dog. They didn’t know it at the time, but Lucky’s mellow attitude was due to a heart condition preventing the blood from circulating efficiently around his body. 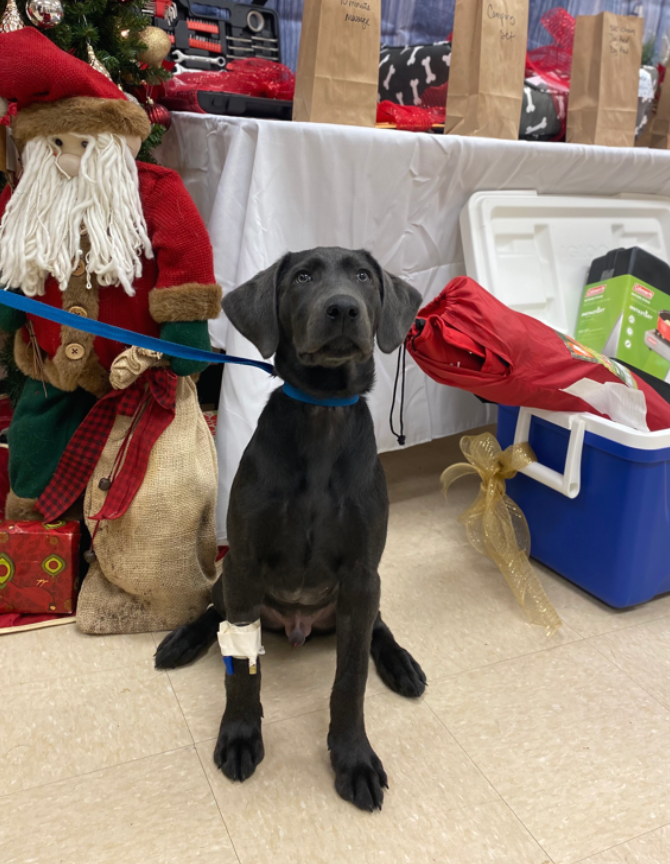 “A lot of pet owners have these puppies, and they’re just the best in the universe. They’re quiet. They don’t get into things. But they can also have low appetite. Well, that’s not a normal Labrador puppy. That’s because they’re sick.”

Thankfully, Lucky’s owners were a husband-and-wife team of physicians who soon grew worried about the four-month-old puppy’s lack of energy. They took him to a primary-care veterinarian in Portland who noticed Lucky’s very rapid heart rate, or tachycardia. While a regular dog’s heart beats between 50 to 100 times per minute, Lucky’s beat between 320 and 350 times per minute.

Lucky was referred to Veterinary Cardiologist Dr. Gary Wood at Cardiology Northwest in nearby Tualatin, OR. He diagnosed the young pup with cardiac arrhythmia, a condition where the heart beats irregularly or too fast. A fast-beating heart is easier to see in people, who typically notice it themselves, but pet owners don’t notice signs until they’re pronounced. The dog is less active, gets tired quickly, or seems out of sorts.

By this point, Lucky was on a cocktail of different medications for his poorly pumping heart, his out-of-sync heart rhythms, and potential heart failure. Dr. Wood thought the problem might be fixable with a cardiac ablation surgery, so he reached out to Dr. Wright at MedVet Cincinnati, whose team was equipped to handle the complicated procedure. Fortunately, Lucky looked like a great candidate for the surgery. Unfortunately, Dr. Wright was 2,300 miles away.

These circumstances proved challenging for Lucky’s owners. They asked for Dr. Wright’s help to find a prospective pet parent who could manage the trip and the associated cost. She, in turn, sent a half-serious text to Dr. Chad Connor, an Air Force surgeon specializing in human pediatric cardiac arrhythmias. Dr. Connor had been volunteering his time and expertise for years with Wright; the two partnering for over a decade to perform cardiac rhythm surgeries on dogs at MedVet Cincinnati. Drs. Connor and Wright first met through mutual connections at Cincinnati Children’s Hospital, where both had worked, although at different times. Read more about Dr. Wright's partnership with Dr. Connor at the bottom of the article. 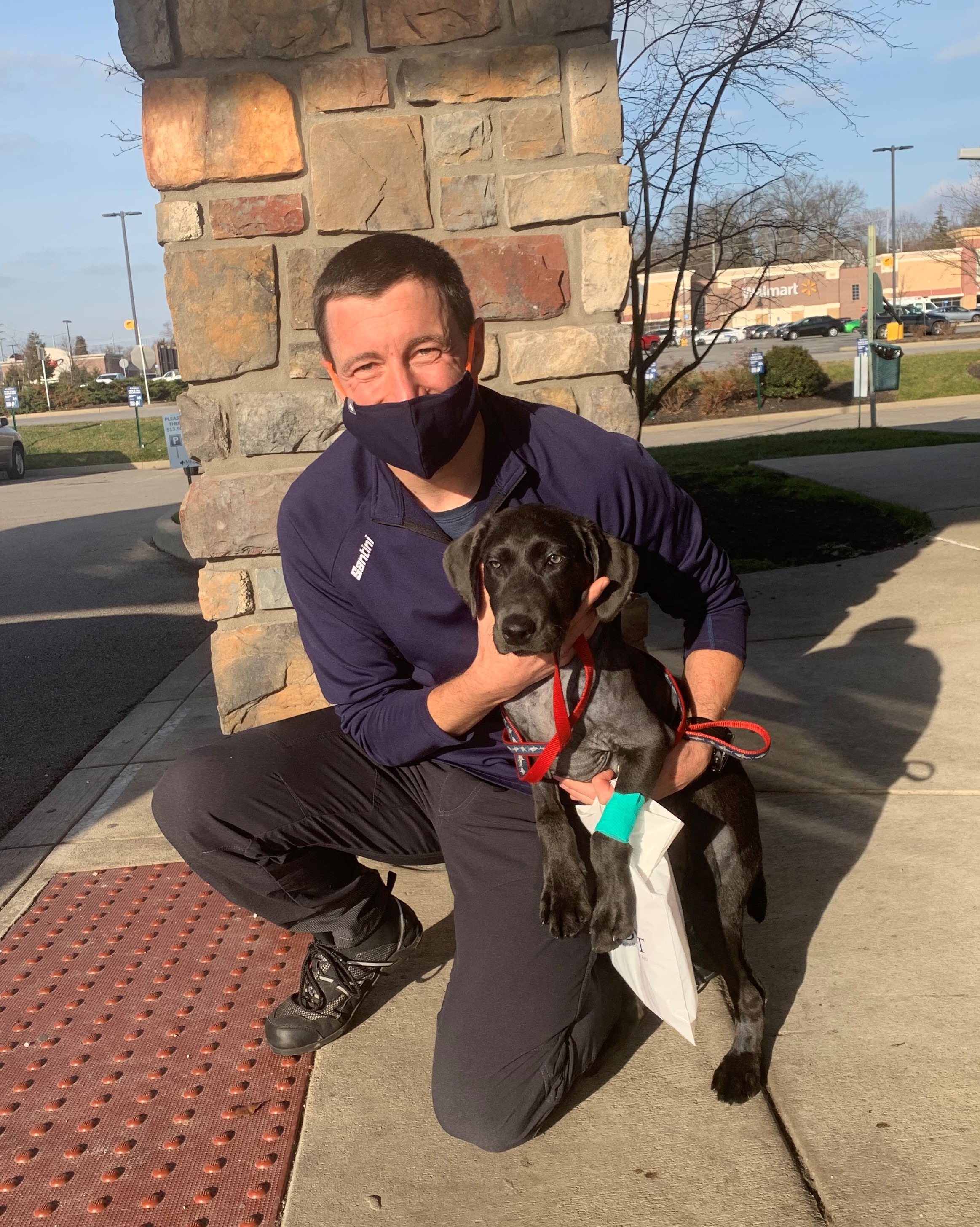 Wright hoped Dr. Connor would be interested in adopting Lucky and sent him a photo of the adorable pup. The Air Force surgeon and his wife immediately fell in love with Lucky after seeing that first picture. Up to that point, their family had owned Cavalier King Charles spaniels, a much smaller, mellower breed. But Dr. Connor couldn’t pass up the chance to adopt a dog that just so happened to need the surgery that he and Wright performed.

“He was my hero,” Dr. Wright says of Dr. Connor’s decision to save Lucky. He and his wife drove cross-country to bring the puppy home to Ohio and to MedVet for treatment.

Lucky’s heart condition is something he was born with, although animals may not develop clinical signs until they are a few years old. The electrical system of the heart develops in the womb. Originally, the upper and lower heart chambers are connected electrically along their entire junction, but this is to be limited to only one location (the AV node) as the heart matures. In some animals and humans, this isolation is not complete, and additional electrical connections (or accessory pathways) remain.

“The heart starts failing, becoming weaker,” Dr. Connor says. “The fluids overflow and can back up, especially in the lungs.”

In Lucky’s case, an echocardiogram to check the heart and radiographs (X-rays) showed exactly this: pulmonary edema, or fluid in the lungs. Surgery was now more necessary than ever.

“You can take a dog on death’s door and turn them completely around.” 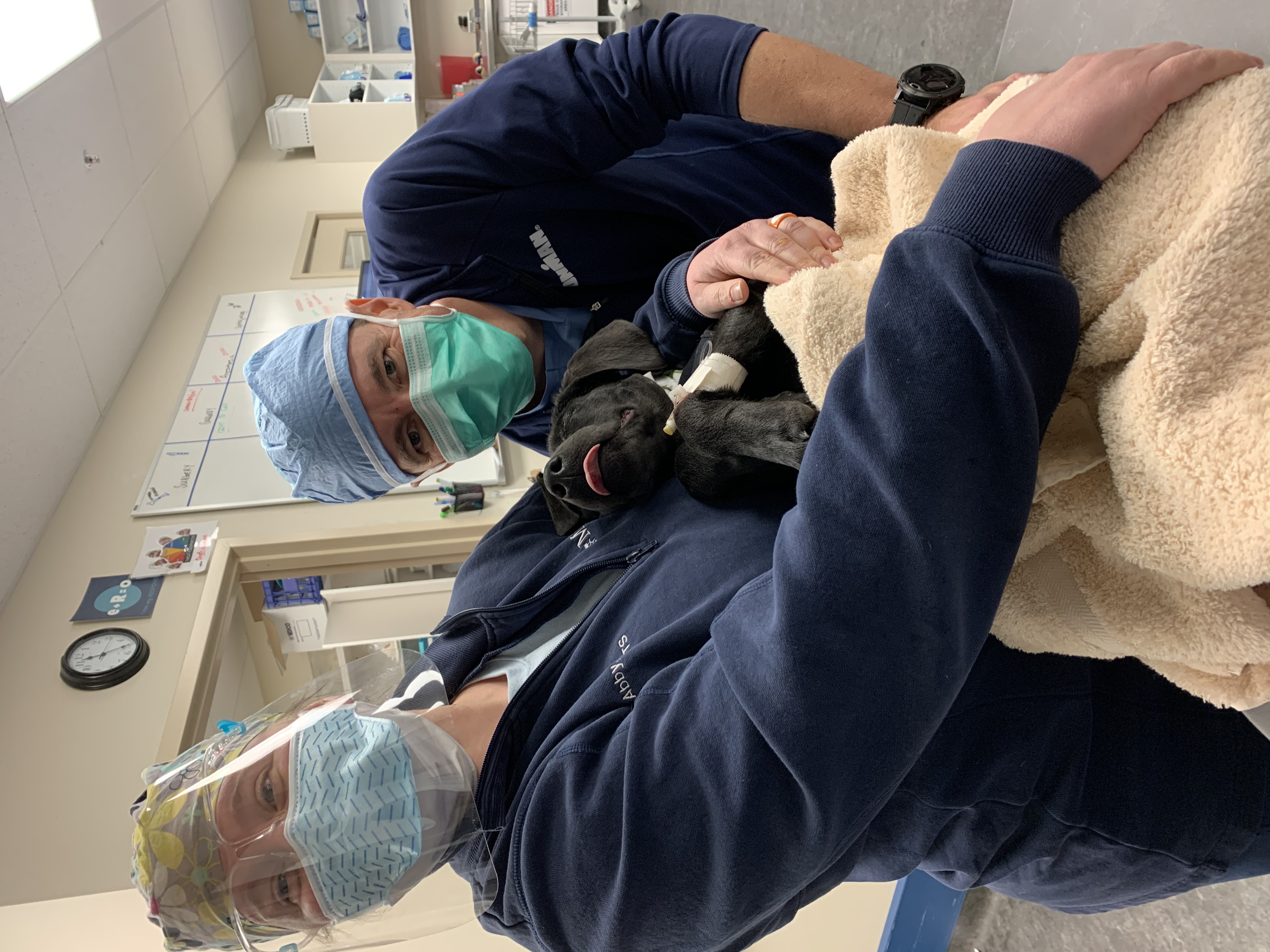 To solve the problem, specialists first map the electrical pathways of a patient’s heart using catheters that are inserted through the skin into peripheral vessels and advanced to the heart. Once the abnormal pathway is identified, the specialists conduct a cardiac ablation surgery, in which a specialized ablation catheter is advanced into the heart to burn away the problem circuit forever. These circuits don’t grow back, so the problem is considered solved.

“It’s like a bridge with electrical impulses, like cars traveling between the top and bottom of the heart, and once we take the bridge out, nothing goes through it again,” Dr. Connor says.

Dr. Wright maneuvered catheters in Lucky’s heart, and she and Dr. Connor watched electrical signals from those catheters displayed on a specialized mapping system. Once the pathway was located and ablated, Lucky was tested for another hour to make sure that the abnormal connection did not regain conduction.

“You can take a dog on death’s door and turn them completely around,” Dr. Wright says of the procedure.

Recovery for cardiac ablation surgery is typically just as fast as the procedure itself. Out of caution, Dr. Wright keeps dogs an extra day to observe and ensure they take it easy. Lucky was able to go home the next day.

More than a year after his December 2020 procedure, there’s still no sign of Lucky’s arrhythmia returning. The family moved to a home with a few acres, so the now highly active and rambunctious Labrador has more room to run.

While not all cardiac procedures are permanent fixes, they all offer the chance to improve and extend the lives of dogs and other animals. And the variety of surgeries possible is growing all the time.

“I think some pet owners don’t know anything can be done about some of these heart conditions,” Dr. Wright says. “They should ask their veterinarian and do some research, because Veterinary Cardiologists may be able to help.”

Watch a video featuring Lucky below!

Dr. Kathy Wright, a Board-certified specialist in cardiology and small animal internal medicine, is one of the only veterinarians in North America performing cardiac ablation surgeries on canines. For more than ten years, Wright’s veterinary expertise, along with the experience of her pediatric cardiologist volunteer, Dr. Chad Connor, have led to successful outcomes in more than 140 cardiac ablations on dogs.

Wright picked up experience in cardiology working in research at Cincinnati Children’s Hospital Medical Center before starting at MedVet Cincinnati. There, she studied the intersection of human and animal medicine alongside pediatric cardiologists by focusing on congenital heart diseases in dogs. 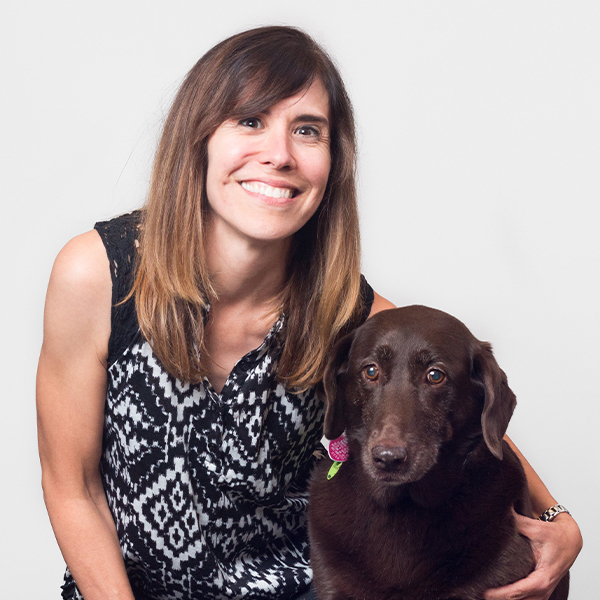 It turns out that certain breeds are prone to certain diseases (and, yes, Labradors like Lucky are prone to cardiac arrhythmias). It was through her connections at Children’s that Dr. Wright was introduced to Dr. Connor, who joined after she had already gone to MedVet.

“We were trying to find the genes in dogs that resulted in certain defects to also then help in finding the genes in humans,” Wright says.

Today, the same surgeries she did for research are now directly helping pets like Lucky, whose Labrador breed make up almost half of the dogs that Wright has seen for cardiac ablation surgery.

“I’m just excited we have such a great team at MedVet Cincinnati, and we can offer this to so many dogs,” she says. “It helps me get through the day when we know what the positive outcome with a surgery like this will be.”