Encephalitis and the Other Diseases it Can Mimic
Close

Encephalitis and the Other Diseases it Can Mimic 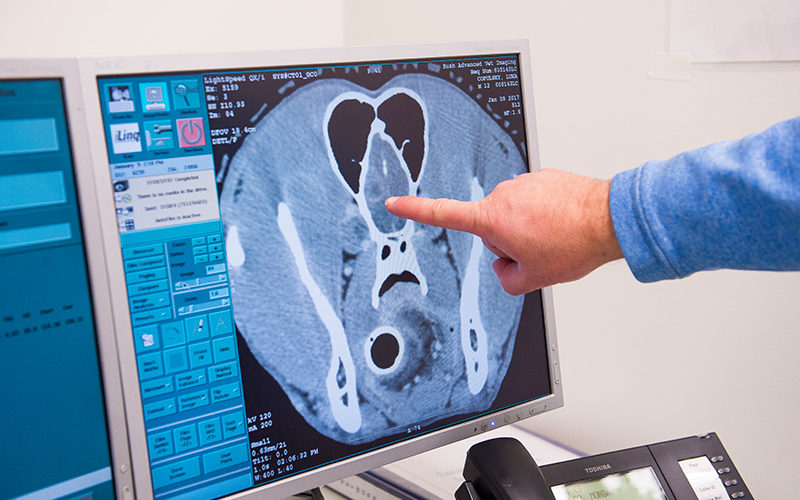 There are multiple different types of infections which may affect the central nervous system: algal, bacterial, fungal, parasitic, protozoal, rickettsial and viral. The frequency and likelihood of these infections depends on geographic location and species.

What are the signs that your pet may have encephalitis?

Symptoms of encephalitis are non-specific and depend on the part(s) of the brain which is affected.

Signs tend to be rapid in onset and progressive, but sometimes more chronic symptoms are reported.

What other diseases have similar signs?

Any other disease process affecting the brain may have similar signs. The most common diseases to rule out are congenital malformation and tumor. Other diseases which may be considered include metabolic diseases, neurodegenerative diseases and stroke. In animals with seizure as the only presenting sign, idiopathic epilepsy must also be considered as a possibility.

How can encephalitis be differentiated from these other diseases?

A combination of patient history, neurologic exam findings, and diagnostic test results is used to make a diagnosis of encephalitis.