Pancreatitis in Dogs and Cats
Close

Pancreatitis in Dogs and Cats 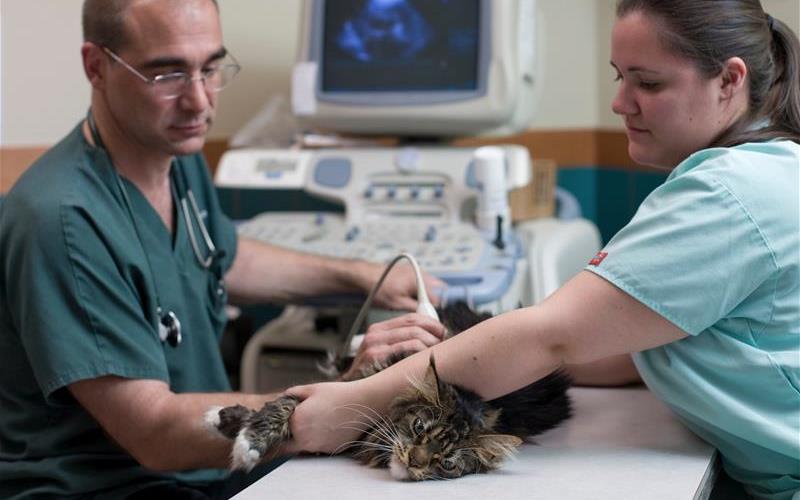 by Courtney North VMD, DACVIM (SAIM)
Apr 9, 2020
Pancreatitis is inflammation of the pancreas and can occur in both cats and dogs. Learn more about the symptoms, treatments and prognosis for pancreatitis in pets here.

There are two types of pancreatitis.

What are signs of pancreatitis?

When a dog or cat is suffering from pancreatitis, a pet owner may notice a loss of or decrease in appetite, vomiting, diarrhea, or abdominal pain. A dog may show abdominal pain by standing in a “prayer position” by stretching the body out or crying when picked up or when the abdomen is touched. Some pets may have a fever. In severe cases, the pet may have a yellow tint to the gums, whites of the eyes, or skin, which is called jaundice. Cats with pancreatitis show a more subtle set of signs, such as a reduced or absent appetite and an increase in hiding behavior.

“If your animal shows signs of pancreatitis, it is critical that a veterinarian assesses your animal quickly,” says Courtney North, a board-certified veterinary internist. “The inflammation of the pancreas can have severe consequences, even life threatening, both in the short term and long term. This is because the pancreas makes insulin which controls blood sugar levels and makes enzymes that help your animal digest food properly so that nutrients can be absorbed.”

What are causes of pancreatitis?

Causes of pancreatitis can include:

Cats can have chronic pancreatitis associated with inflammation in the liver and intestines, commonly referred to as “triaditis.”

How is pancreatitis diagnosed?

After obtaining a thorough history from the pet owner, a veterinarian will require one or more of the following tests to diagnose pancreatitis:

A combination of the above tests may be required to diagnose pancreatitis or another disease that can cause similar clinical signs but may require different treatment (such as an ingested foreign material).

What is the treatment for pancreatitis?

Treatment will depend on the severity of the disease and the underlying cause (if identified). There are 3 main goals of treatment for pancreatitis:

In mild cases, this may include a short-term diet change, oral pain relievers and anti-nausea medications. In severe cases, pets are hospitalized, and an intravenous catheter is placed to administer sterile fluids and medications. In some cases, a feeding tube is placed to provide nutrition while the pet is recovering from pancreatitis. For acute pancreatitis, a low-fat diet for dogs and highly digestible diets for cats is recommended for 1-4 weeks (depending on severity). The veterinarian will also discuss prevention of another bout of pancreatitis, which may include lifelong changes including diet, supplements or medications.

What is the outcome of treatment?