Compounded Drugs for Horses: Get the Facts
Close

Compounded Drugs for Horses: Get the Facts 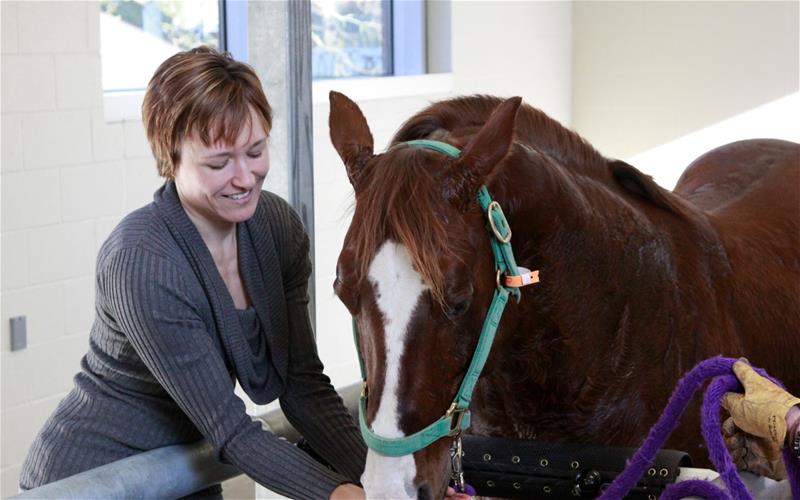 by Joe Bertone, DVM, MS, DACVIM (LAIM)
Apr 7, 2020
Drug compounding is the process of combining, mixing, or altering ingredients to create a medication tailored to the needs of an individual patient. Consult with your veterinarian before using compounded drugs in any food or production animal, including horses.

What exactly is a drug?

When we buy a bottle of Advil® we commonly think all that’s important is the active ingredient and how much is in the tablet. The label lists the amount and active ingredient, stating 200 mg of ibuprofen per tablet. However, Advil®, as well as all other drugs, are far more complex. For starters, the drug is everything in the tablet recipe including the active ingredient, the preservatives, the outer coating, etc. The drug includes the quality, purity and strength of the ingredients and how they are put together. In addition, there is the container, the box, the instructions, the advertising, etc. As it is manufactured, testing the efficacy and safety of the product is also part of the process. All the factors that go into manufacturing a drug are subject to oversight by the Food and Drug Administration (FDA).

Typically, the most difficult and costly part of obtaining FDA approval for a drug is getting the recipe and manufacturing correct so that the tablet contains what the label states it contains for the shelf life of the drug. The process of getting this right is so difficult that the FDA allows drugs, with few exceptions, to contain between 90 to 105% of the stated ingredients. On that basis, a drug label that states a tablet contains 100 mg of active ingredient may actually contain somewhere between 90 and 105 mg. In addition, the shelf-life testing (how long the product can sit without being used and still deliver an effective dose) costs hundreds of thousands of dollars for a single drug container size. That fee is doubled when two different pill sizes are manufactured.

What is a compounded drug?

According to the FDA, drug compounding is the process of combining, mixing, or altering ingredients to create a medication tailored to the needs of an individual patient. Compounded drugs are not FDA approved.

There are two important types of compounded drugs:

The first type, altering a drug that is already FDA approved, involves an FDA approved drug as the starting point. The drug is then altered prior to giving the drug to a patient. For example, an FDA approved tablet of phenylbutazone (bute) may be crushed and mixed with molasses before being administered to a horse. The act of changing the drug from the original format makes this a compounded drug. This and all similar compounding could change or destroy the effect of the drug and thus should be carried out according to your veterinarian’s instructions.

The second type of compounding, bulk chemical compounding, occurs when the starting point is a chemical powder labeled as a drug’s active ingredient. Sourcing can be from a variety of countries. This chemical is prepared and sold as a compounded drug. Unfortunately, there is no FDA oversight in the manufacturing of compounded drugs made from bulk compound chemicals. These products are far less expensive than FDA approved drugs because they did not incur the expense of an FDA approval, nor do they have expenses associated with continuous FDA oversight of the product after they are approved. Without FDA scrutiny and oversight, one cannot be certain of a drug’s purity, strength and shelf life stability.

When should I use a compounded drug?

You should only use a compounded drug:

If use of a compounded drug is necessary, work closely with veterinarians who have made an effort to scrutinize the compounding pharmacy that they recommend.

What about compounded drugs for food or production animals?

It is strictly prohibited to use any compounded drugs for food animals with the exception of certain listed antidotes. Consult your veterinarian before using compounded medications in any food or production animal.